Sort by:
Relevance
Relevance Name, A to Z Name, Z to A Price, low to high Price, high to low
Showing 1-9 of 9 item(s)

Two external flaps on the back. Zip and special slide button closure.

Black sports shorts by Les Hommes. Model with elasticated waist, style without closure and welt pockets on the back. 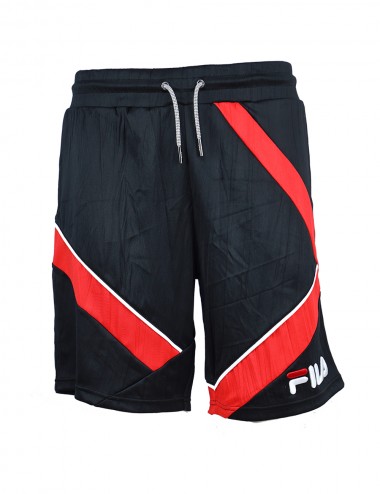 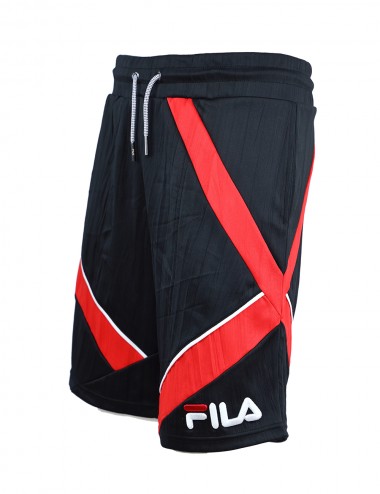 Striped shorts in knitted fabric. with elastic waistband with drawstring, linear FILA logo on the front.

Trousers: the most iconic item in men's fashion

Trousers have been an exclusively male garment for a long time.

To the point of symbolizing universally, in an immediate and unequivocal way, the distinction between male and female in the bathroom icons.

On a cultural level, trousers have often been associated with the role of the head of the family and with its decision-making power: who, at least once in their life, has not heard or read the typical phrase "who is wearing trousers in the family? ". And this is not surprising.

Just think that up to the sixties, in Italy, the length of the pants sanctioned the passage from childhood - shorts - to adolescence - “zuava” trousers - until the moment when it was finally possible to wear men's trousers, the long ones up to below the ankles, which sanctioned the reaching of adulthood.

Trousers or pants: an history of plurality of styles.

The first appearance of this garment does not have a certain dating.

There’s who claims they date back to ancient Persians, who created them with the precise purpose of being able to ride comfortably. Others claim they came to the Romans from the Celts, who used them as an expression of a very specific social status.

But their diffusion in Europe and in the Mediterranean countries saw alternate phases and alternate fortunes, at least until the nineteenth century.

Certainly in Europe in the late nineteenth and early twentieth centuries, trousers spread on a large scale and came to identify an entire social class.

The bourgeoisie, who wore only black trousers or blue trousers, as a symbol of the values ​​to which it was inspired by sobriety, rigor and industriousness, in contrast with the gaudy and elaborate robes of the aristocracy, slack and wasteful.

In addition to elegant trousers, work trousers also spread, much more functional as a uniform for workers and law enforcement.

From that moment on, the trousers took on a thousand different cuts and lengths, but they became one of the irreplaceable garments for men's fashion and more!

Buying colored pants or men's shorts without being able to wear them is not easy. Will the color really be the one in the picture? Or is it distorted by the screen? And the length, will it be okay? Will the fit be the right one?

We know that you will ask yourself these and other questions before buying the pants you were looking for.

That's why our staff is at your disposal for any doubt or request.

You just have to browse our assortment of men's trousers and choose your favorites!